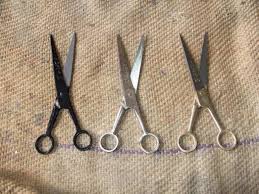 Scissors making craft is more than three centuries old in Meerut. What makes the Meerut scissors special is that its made from 100% recycled material.  The scissors are made of carbon steel blades which is from scrap metal found in cars, buses, trucks and railways, while the handles are made of plastic, aluminium or alloys, which are from old utensils. Moreover, the scissors can be repaired quickly and is known for its sharpness.

These scissors are a big hit amongst the tailors and the garment industry within India. And now Meerut scissors has been registered for a geographical indicator (GI) tag, which will help in making copies of these scissors impossible for anyone else but the Meerut craftsmen.
0 Comments